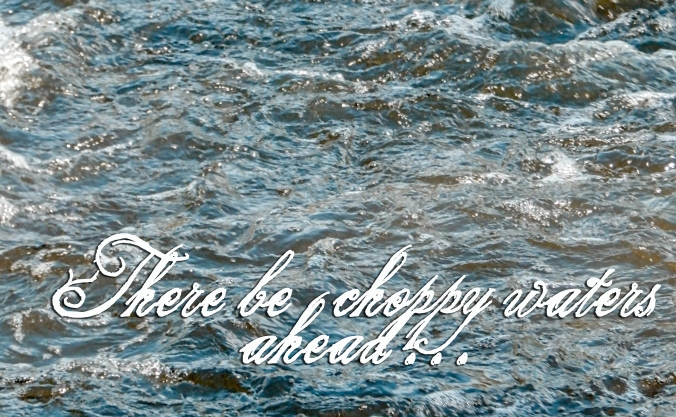 What are you doing? Well, that wasn’t planned, but that kind of–Now what are doing?! No, that isn’t in the plan! You weren’t supposed to do that until Chapter Eight. Stop that, this isn’t your scen–Why do you have swords? Why are you pointing them at me? What-what are you doing?! No, no–I need to have control of the helm … but you don’t know how the story is supposed to go …

It happens occasionally: You have your story carefully outlined and planned; your characters are fleshed out and ready to go; and then you wade into your story–only one character, or maybe of a group of them, hijacks the story. In a way, this is a good because it means your characters are fully developed to the point–like living, breathing people–they have thoughts, desires, dreams, fears, etc., all of which shape their actions. What could be better? Writers, after all, go to great lengths to achieve strong, well-rounded characters. But then, there is a revolt–the characters seize the helm: They can either steer the vessel, your book, into a vast ocean you hadn’t thought to explore or into a reef, where your novel either becomes stuck or sinks to Davy Jones’ Locker.

In my most recent series, one of my characters committed mutiny as I began planning the book two. She didn’t like or agree with the plot path and refused to cooperate. So I was left scratching my head: I had to find a third option for the character because truthfully I agreed with her. After thinking and rethinking different scenarios, I found something better, and I was actually grateful for her mutiny: It had opened up a more original, less cliche plot line, plus it stays true to her stubborn, principled character.

While hijacking and mutinying can end with positive results like above, sometimes it can stall a book or completely destroy it. And if you notice your characters spiraling to total dysfunction, where plot is shredded, nothing is being done, they are taking you and your readers down every winding trail without purpose, stop–just stop writing. Not completely mind you! You just need to rein in your characters before you continue.

First, you need to determine where things went wrong. Where did great character development move into the realm of complete derailment? Then: What caused it? It is possible that little tweaks to plot can solve derailments, as was the case with my situation (though it was more than a tweak since it was the complete rewrite of an outline for the better). In such case, you have to become the broker of a compromise between plot and character, determining a path that doesn’t sacrifice one for another.

Refusal to comply with plot is just one means of character mutiny. In some cases, they will also steal POV (point-of-view) or entire scenes. This is why I suggest before writing a scene with multiple characters, especially when multiple POVs exist, that you sit and contemplate what each character, POV-wise, could bring to the scene. Which is more relevant to story/plot? Does a certain character know something that you want the reader to know? Is a certain character perspective perfect for the scene? Thoroughly considering the pros and cons of a certain character’s POV (or writing the scene from several POVs and then deciding which to use) before writing a scene can help prevent another character from usurping power–er–POV.

Even still, sometimes a writer must remember the saying “kill your darlings.” So steel yourself because you’re going to have to banish emotion and sentimentality. Ferret out the bunny trails your characters ran off on that go nowhere and remove them. Troublesome characters that have grown out of their britches (you know, those secondary characters that had minor roles? Yes, the ones you kept feeding until they wanted more and took over the book … yes, those are the characters) will need to be put into place. Sure, those characters’ roles could be expanded; however, before doing so, you need to look objectively at your book. If you are writing a series, you could potentially, if not at the expense of the story, expand that character’s role in a sequel. And if you find yourself really loving the character, consider removing the character entirely and giving them their own book, either tied to the world they were in or something completely new.

Character mutinies can lead to interesting possibilities, that’s for sure. However, be careful: The last thing place you want to find yourself is in a dinghy watching your vessel (book) sail away from you. 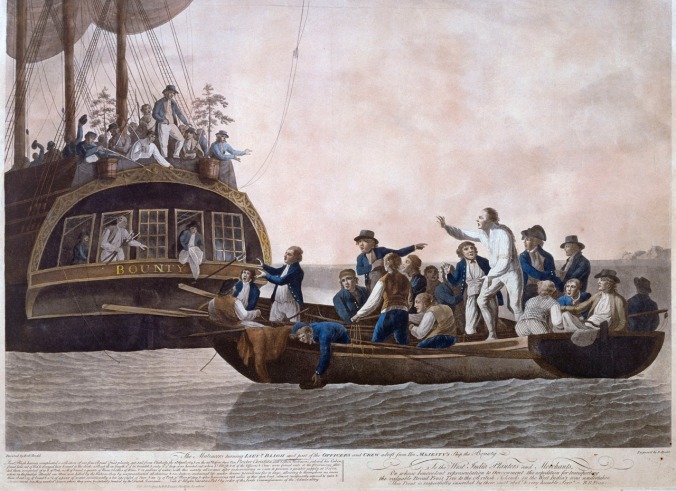 Writers, don’t end up in a dinghy watching your vessel (book) sail away from you with your characters at the helm.

4 thoughts on “Writer, this here be a mutiny”

This site uses Akismet to reduce spam. Learn how your comment data is processed.

Support the blog on Ko-fi.